What are the MTHFR Symptoms?

NOTE: Over 50% of society has some form of the MTHFR mutation such as the two mthfr c677t and a1298c genes that have serious consequences for a persons health and wellness.

Do you have MTHFR symptoms?

The symptoms of MTHFR mutations are, to say the least very complicated health effects. Because MTHFR variants don’t just cause a problem with folate metabolism. But also this causes several major problems that all have their own set of symptoms.  Here we will look at each possibility and the symptoms. That you could experience with the MTHFR gene mutation.

There are many MTHFR gene variants with the main two mthfr being tested including the two common – one copy MTHFR C677T & one copy MTHFR A1298C. MTHFR stands for methylenetetrahydrofolate reductase. An mthfr gene variant is a gene that has a variation such has being heterozygous (one copy of a varied gene) or homozygous (2 copies of a varied gene). 5 MTHF is the supplemental version of activated folate which should only be used under strict supervision. Its also go to understand your mthfr mutation status in terms of what percentage they are active or not.

It’s very important to understand that the right advice, diagnosis or treatment be used as your doctor may provide medical advice diagnosis, however this does not mean they understand the depth of the problem which is very common.

Your doctor may also prescribe one or 2 supplements/drugs which will miss 99% of the underlying problems. Genetic testing of an mthfr variant can be done by us using our genetic testing lab tests or we can establish deeper level problems associated with mthfr using your ancestry or 23andme raw data genetic testing which contain hundreds of genes. Contact us here for advice diagnosis or treatment.

One of the biggest complaints we hear is that their doctor didn’t really understand the problem and that they didn’t feel confident in their advice on the subject of MTHFR.

The most obvious symptoms of MTHFR gene problems

Folate, folic acid and or methylenetetrahydrofolate reductase deficiency is an obvious sign. But it doesn’t always appear as the first sign if you have the mthfr mutation. Often these symptoms are missed early on allowing other bigger problems to develop that have higher health risks which may lead to some serious disease, will explore some of these on this page.

Some of the signs of a folate (vitamin b9) deficiency from methylenetetrahydrofolate reductase deficiency from mutations c677t and a1298c include but are not limited to anemia, eczema, cracked lips, prematurely greying hair, anxiety, tension, poor memory, lack of energy, blood clots, poor appetite, stomach pains, depression, neural tube defect infertility, blood cells that are odd shaped and misarrange. Further elevated homocysteine in their blood or imbalanced levels of homocysteine, elevated folate levels on a blood test can be the result of dysfunctional MTHFR genes which vary from person to person.

Understanding the depth of the problem

Now, it’s really important to understand at this point that when you have a folic acid or folate deficiency. It will have an effect on ALL of your vitamin B groups. Also for each person with the MTHFR mutation the symptoms can appear differently depending on which MTHFR mutation or gene mutation you have and how it affects you personally. Here are the more obvious symptoms of vitamin B group imbalances:

Along with the B vitamins or B group vitamin deficiency symptoms. The MTHFR mutation may be defective and can also affect several other essential nutrients. All of which have their own set of symptoms these include:

Get a Consultation Now

Amino acids are the building blocks of life, they are essential to good health. Those who have the MTHFR gene mutations can have complex problems that cause building block imbalances. Here are just some of the main building blocks that are affected by the mthfr mutation problem:

This can be high or low in those with the genetic disorder. But it is one of the most important building blocks affected by the gene. This is because methionine is involved in methylation and maintaining the homocysteine cycle.  Symptoms of methionine imbalances can vary greatly. Some of the more concerning symptoms include cardiovascular disease, heart attack, stroke, inability to detoxify, inability to process and or use other important aminos. Also lowered immunity and chronic allergies.

MTHFR symptoms & what to look for

Along with the symptoms above, there are several medical indicators that can indicate the possibility of having the MTHFR mutation.  Here is a basic guide to look for clues based on common medical tests such as blood tests:

Folate or folic acid plays a significant role in pregnancy and developmental problems, for those that have active MTHFR variants will often have an inability to properly use folate, a mutation may lower the conversion of folate to “active” folate.  If you have been trying to fall pregnant unsuccessfully, if you have had one or more miscarriages or you have a history of miscarriages, get yourself tested for MTHFR.

People with MTHFR mutations and or an MTHFR gene mutation have a greater chance of becoming mentally ill. This is because the brain requires optimal functioning of folate, all vitamin B groups, amino acids, essential fatty acids, and proper methylation to function properly.  Those who experience any of the symptoms on this page related to mental health are strongly encouraged to test for the MTHFR gene mutation. Some of these symptoms include:

Chances of having MTHFR gene mutation

As mentioned above populations who have the MTHFR gene defect are over 50% generally. Some countries have higher rates than others which vary depending on ethnicity. If you can relate to any of the symptoms on this page you should get tested so that you know one way or the other, this is very important in preventing serious diseases.

Did you have any questions about the symptoms of MTHFR?  Contact us here.

I’m so happy I consulted with MTHFR gene health, this is life saving work that I could not find anywhere else.  Thank you.

This page is not designed to provide medical advice or diagnosis.

Get a consultation now 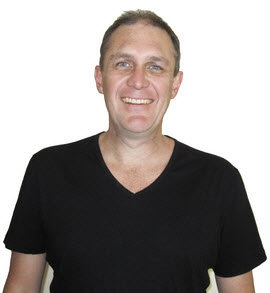